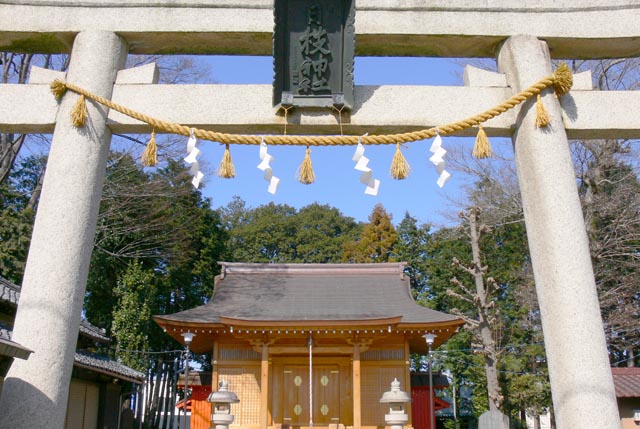 This is a small Shinto shrine, located diagonally in front of the gate of Kitain. Hie Sanno Shrine in Akasaka, known as the original “Akasaka Sanno” of the “Tenka Matsuri (Festival),” was separately enshrined from the shrine built by Ohta Dokan. It is said that the main shrine is historically constructed, built partly in the old architectural style, established in the Kanei Era (1624 to 1643) or, even before that, at the end of the Muromachi Era and has been registered as and important cultural property.